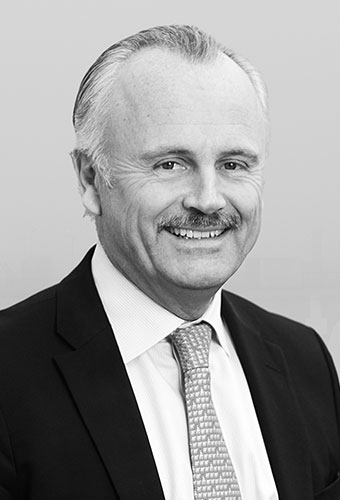 Profit again and well positioned for the future

As we look back on the market’s development over the last year, we can see that it was largely as we had expected. The year started well, with a generally strong first and second quarter, but the markets for tanker transportation began to weaken in the third quarter due to high inventory levels for both crude oil and oil products and extensive ship deliveries.

The markets started their seasonal upturn towards the end of the fourth quarter, but this was not enough to compensate for the weak summer and autumn. This resulted in average freight rates being considerably lower than in the previous year.

For our own part, we continued to work during the year to position and deploy the P-MAX vessels in trades and cargo systems where their unique properties are most beneficial. This strategy contributed to our income being higher than the market average in the MR segment in every quarter of 2016. On an annual basis, we exceeded the market by about 35 percent.

In view of the expected market situation, we decided to charter out several vessels on longer contracts this year. Given developments in the spot market, the timing here proved absolutely right. The income levels for these contracts have been considerably higher than the rates on the spot market.

As previously announced, we entered into sale and leaseback agreements for Stena Image and Stena Supreme during the quarter. The vessels will be chartered back on a bareboat basis (i.e. without crew), with annual repurchase options starting in years four and three respectively. The transactions are producing a significant positive cash effect and an improved equity ratio, while enabling us to continue our business strategy of employing the vessels in their respective pools for several years to come. The transactions have opened the door to new forms of financing, while also representing an effective way of preparing ourselves for a subdued market situation. They also create the scope for us to take advantage of good business opportunities that will arise in such a market.

Reduced environmental impact and no incidents

As we look back on the year, it should also be noted that once again there were no serious incidents or accidents on any of our vessels in 2016. We have also continued our efforts to reduce vessel-related environmental impacts. The major focus here is on reducing emissions into the sea and air. Carbon dioxide emissions fell by more than 5,200 mt and sulphur oxide emissions by 39 mt in 2016.

The high inventory levels will almost certainly continue to have a dampening effect on the overall market development in 2017. At the same time, the current slump in ship orders will eventually contribute to a better balance in the market. Tanker shipping is a volatile market and the fluctuations are tending to come at an ever-increasing speed.