We are now in the middle of the first quarter of 2021 and the tanker market remains very weak. We are not expecting any significant change during this quarter – but, as we wrote in the 2020 year-end report, we believe that there will be a gradual strengthening from Q2 onwards.

Several interacting factors point to this:

1. A continuing increase in demand for oil and oil products

World oil consumption continues to increase. With vaccines, stimulus packages and general optimism, the global recovery is now clearly on the right track. We, and many others, consider that oil consumption during the second half of the year recovered sufficiently well to have a positive effect on demand for tanker transport. Analysts differ slightly on exactly how consumption is developing. JP Morgan and others predict that demand will be back to approaching 100 million barrels per day by the end of the year. 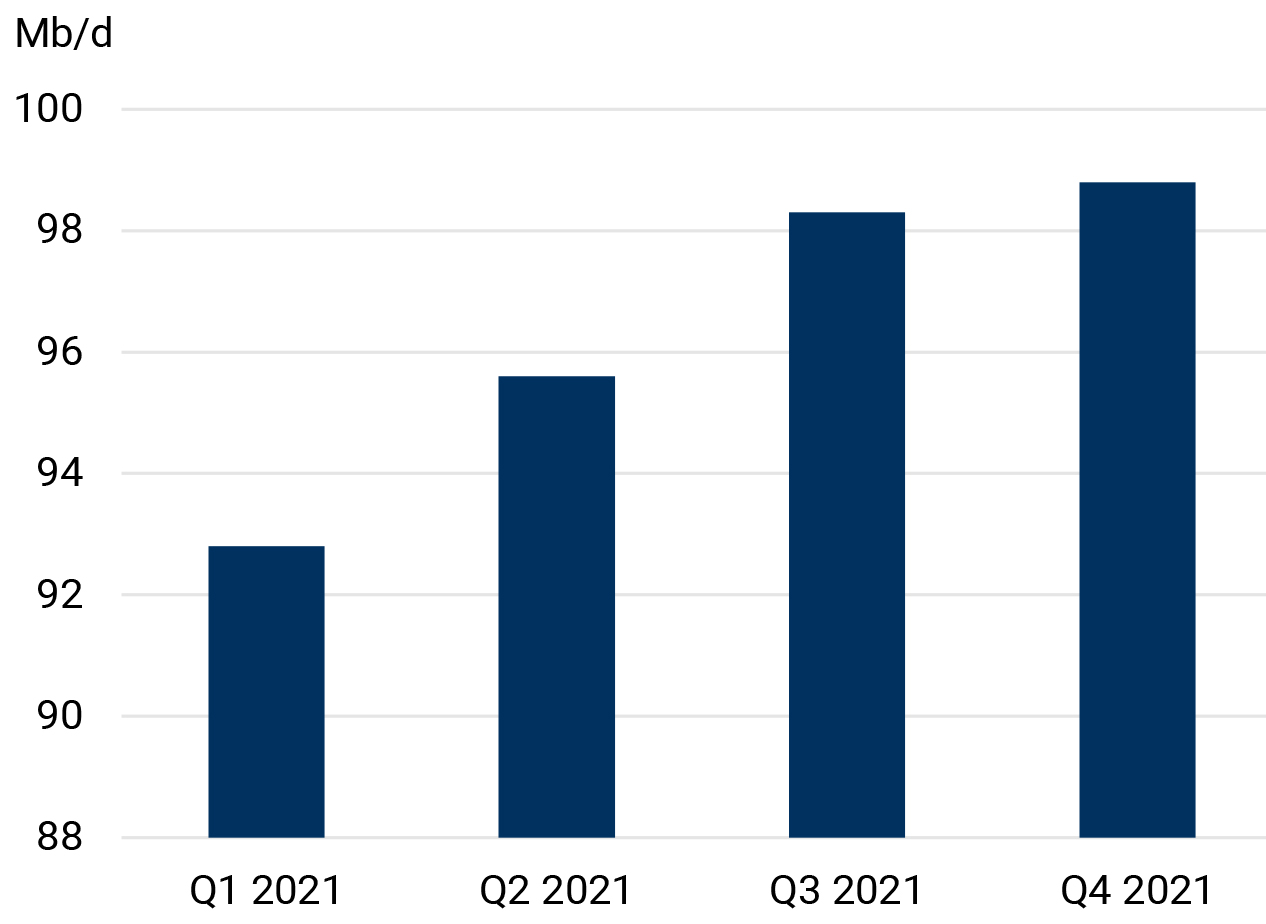 Looking at oil production, Saudi Arabia announced in January that it intended to reduce oil production by a further 1 million barrels per day during February and March. In combination with increased consumption, this will mean that worldwide oil stocks will continue to fall at a steady pace – down to the five-year average. For the tanker market, the road there is a bitter pill, but is also indispensable for an eventual market upturn. Things are tough now but will have beneficial effect in the longer term. 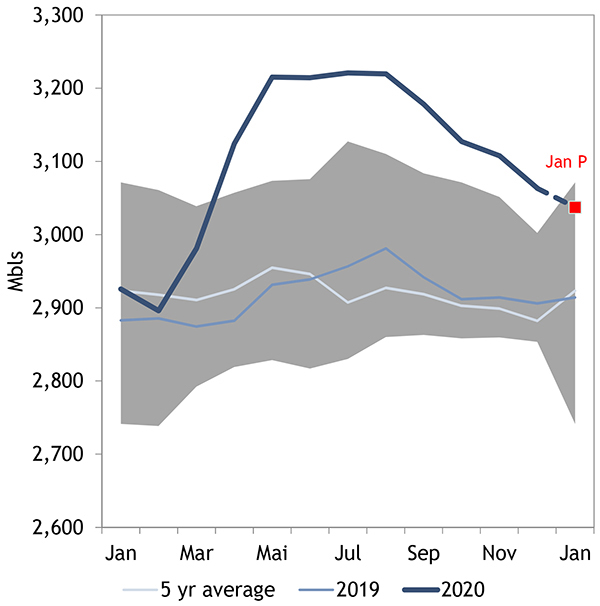 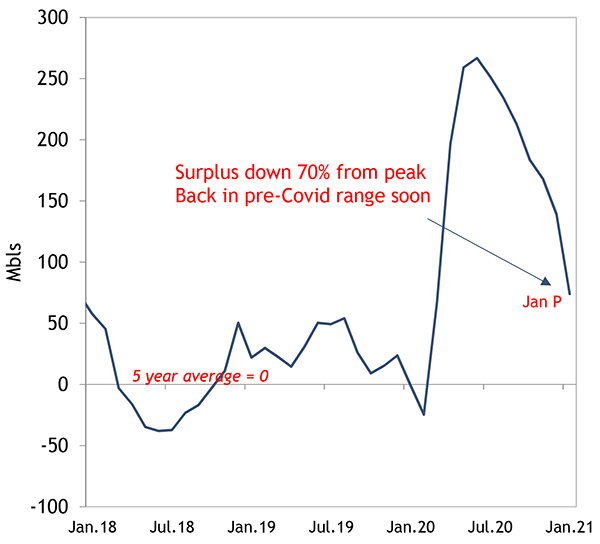 Looking at the supply side, the situation looks really promising. Net fleet growth in 2021 and 2022 is expected to be about 2 percent – a historically low level. In the current situation, virtually no new orders are being placed either, which means that the low growth rate will be gradually extended. This is obviously good for the tanker market as a whole. In addition, it should also be mentioned that we see a continuing trend towards longer transport distances. Emerging countries in Asia are expected to continue to account for a growing share of the increase in oil consumption, contributing to increased distances and therefore also increased transport needs.

Basically, the tanker market is a “tight” market, i.e., even today there is no significant oversupply of vessels. Despite the fact that the markets are poor at present, all vessels still have fairly continuous employment and no vessels are laid up. This means that even small changes in demand for tankers can have a major impact on freight rates. In a “normal” market, the utilisation rate for the total fleet is around 85 percent. At 90 percent, the market is extremely strong and at 80 percent extremely weak. That is how small the differences are.

The increasing consumption is now also reflected in the price of oil, which has risen by about 20 percent over the last month. At the time of writing, it is trading at around $63 per barrel. This is basically about the market becoming increasingly convinced that demand for oil will recover to pre-Covid levels. Here and now, the cold weather is also contributing. In the United States, an Arctic front has reached all the way down to Texas, which is extremely unusual. Not only has the cold weather increased demand for oil, it has also resulted in partial refinery closures and a decrease of the domestic production (due to pipeline problems). This has resulted in a total production loss of up to 3.5 million barrels per day. Of course, this all leads to a further increase in the rate of inventory reduction.

Refinery capacity has also declined in other parts of the world in recent times – albeit temporarily and for rather different reasons. In Japan, capacity has declined by about 20 percent (equivalent to 0.6 MBD) after the latest earthquake. The reduction will mean an increased need of finished oil products. The strike on the Norwegian Continental Shelf has been averted, but troubles in the Middle East with drone attacks in northern Iraq are causing tensions to rise further. This all contributes to an even tighter oil market, which is expected to bring increased demand for tankers.

Good starting position for us when the turnaround comes

Given the weak tanker market, we are now doing what we can to ensure we have the best possible starting position when the turnaround comes. During the last year, we have sent 5 of the fleet vessels into drydock and will do another 3 in the spring. In addition to periodic maintenance and upgrades, we have also installed statutory ballast water treatment systems. Doing this during a weak market is obviously better than in a strong one, as earnings are still poor.

This means that when the market turnaround comes, we will be able focus fully on serving our customers – and actually start making money again. We look forward to doing so.